A note on animal welfare 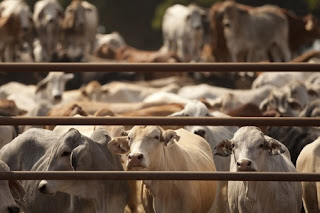 Like many people across the nation, and indeed the world, we were disgusted to recently learn of yet another case of animal cruelty in the live export trade. We were saddened to hear the reports of extreme cruelty inflicted upon live cattle in Vietnam. And what makes this even more upsetting is that this is certainly not a new problem. For years, animal welfare organisations have been campaigning against cruel practices in the live export industry.  Leading the way in these campaigns has been one of our country’s largest animal protection agencies, Animals Australia.
Over the years, animal welfare organisations have done some incredible work exposing instances of animal cruelty throughout a number of animal industries, including (but not limited to) puppy mills, factory farms and live export. Another recent example of the great work of these groups is the exposé of live baiting in the Australian greyhound racing industry, which was lead by Animal Liberation Queensland and aided by Animals Australia and the RSPCA. 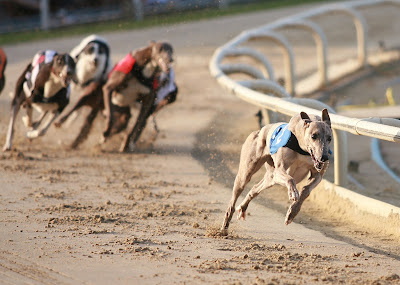 It is incredibly disappointing that the government and industry bodies are not able to ensure the humane treatment of animals within animal industries. When we allow self-regulation by people with vested interests in these industries, it comes as no surprise that animal welfare will suffer at the expense of financial profit.

Given that the government and industry bodies have failed to protect our animals, we cannot thank animal welfare groups enough for fighting for the humane treatment of these  beings. We hope that the attempts of parliament to pass “ag-gag” laws, which would prevent animal protection agencies from exposing acts of commercialised animal cruelty, never succeed.


To find out more about what you can do to help improve animal welfare visit www.animalsaustralia.org.

Arthritis in your animals


At Bendigo Animal Hospital we often have people tell us that their animal is “a bit stiff”, “slowing down a little” or “spending more time sleeping these days”. Often people think that these signs are simply just a part of getting older, but did you know that they are common symptoms of one of the most prevalent diseases in older cats and dogs…arthritis! Osteoarthritis (also called degenerative joint disease) is the progressive and permanent deterioration of the cartilage in joints.  While we generally think of arthritis as a disease of older animals it can also affect young animals.

Arthritis is insidious in its nature and can creep up without making itself overly apparent. Our pets are often stoic and uncomplaining, making it all too easy for us to attribute changes in their behaviour to getting old when in fact they are actually suffering from a very painful, but also treatable disease. When we start animals on arthritis treatments, people are often surprised at how big a difference it makes to the animal’s quality of life.

Signs of arthritis can be subtle or overt, but common signs to look for include:


ð       No longer jumping up on furniture or difficulty jumping

The team at Bendigo Animal Hospital are here to help! We don’t think that your much loved fur child should suffer from arthritic pain when there are things that we can do to help alleviate their discomfort. The approach to arthritic management varies from case to case, but can include some or all of the following:

1.      Maintain a lean body condition
Maintaining a lean body weight is the single most effective treatment and is also the least expensive one and has no negative side-effects, but many positive one! Overweight and obese animals are more likely to suffer from more severe cases of arthritis compared to animals that are of a healthy weight.

2.      Protect from cold
Protecting your animal from the cold (particularly where they sleep) greatly reduces the signs of arthritis.

3.      Provide a soft place to sleep
Ensure that your animal has a soft, warm place to sleep. This will reduce the pressure on their aching joints and help to reduce the commonly seen “stiff joints in the morning”.

4.      Gentle exercise
It is also beneficial for arthritic pets to maintain a gentle routine exercise regime.

5.      Nutritional management
Prescription diets such as Hills j/d and Royal Canin Mobility are designed to help slow the progression and alleviate the signs of arthritis. Some of the added benefits of these diets included omega-3 fatty acids, eicosapentaenoic acid (EPA), alpha-linolenic acid (ALA), glucosamine, chondrontin and anti-oxidants, which are included to help reduce inflammation, repair damaged cartilage and slow down the progression of cartilage degeneration.

6.      Arthritis supplements
At BAH we recommend 4cyte as the leading joint supplement. This product promotes cartilage health as well as having a potent anti-inflammatory effect in the joint.

7.      Arthritis injections (Synovan)
Your veterinarian may also suggest a course of injections for arthritis treatment.  We use a product called Synovan. Synovan is very safe in our older pets and works by promoting blood flow to the joints, improving the quality of the joint fluid and by providing nutrients necessary for cartilage health.  The initial course is comprised of four injections given weekly.  After this a single booster injection is given as needed depending on the individual pet, but must be no greater than six months from the previous injection.

8.      Medical pain management
If necessary, non-steroidal anti-inflammatories (NSAIDs) may be prescribed.  NSAIDs are the most effective products at reducing joint inflammation and the progressive joint changes that occur with arthritis. Your vet may recommend intermittent or daily use depending on your pet’s condition.  These medications are generally very safe but can have serious side effects if their use is not appropriately monitored.  Ideally pets receiving regular NSAIDs should have a blood test every six months.  If your pet is on anti-inflammatories and develops vomiting, diarrhoea, dark or black faeces you should stop giving the medication and contact your veterinarian.
In more advanced cases of arthritis your veterinarian may add in a range of further pain management drugs such as tramadol and gabapentin which would be tailored to the individual pet's condition.

As with many illnesses, the key to successful management is early detection and intervention. Very advanced cases of arthritis can be difficult to management, so we recommend that you initiate treatment early on in the disease course.


If your pet is showing signs of arthritis this reflects painful inflammatory change in the joint. Treating arthritis will improve your pet’s quality of life and slow the progression of the disease. To discuss any concerns, please make an appointment with one of the BAH veterinarians. We are currently offering in-clinic discounts on a number of arthritis treatments and a discount of 20% on arthritis consults upon presentation of our arthritis coupon which is available in the Bendigo Weekly.

We would love to help you keep your fur family happy & healthy for years to come.

Give your pooch a real treat by bringing them along to the largest event on the RSPCA’s canine calendar, the RSPCA Million Paws Walk. This year the Million Paws Walk will be held at Lake Weroona at 10am on Saturday 17 May. The picturesque 1.5km walk around the lake can be completed once or twice and anyone can enter, so grab your joggers, put your dog on a leash and join the fun!


In addition to the walk around Lake Weroona, there will also be:


-          A plaster painting marque for the kids by Plasterama Bendigo


-         Food and refreshments from The Broadwalk Bendigo, Xpresso Mobile Coffee and Coliban Water


The Million Paws Walk is now in its twentieth year and is the biggest fundraising event held by the RSPCA. Funds raised through walk registrations, merchandise sales and online fundraising will go towards the vital work of the RSCPA, including their adoption and fostering programs, veterinary services, campaigns and the RSCPA Inspectorate.
You can register at the event on the day, however we recommend that you preregister for the event on-line (http://www.millionpawswalk.com.au/victoria). As a thank you for preregistering, the RSPCA will send you a FREE RSPCA portable water bowl for your dog.
The day will kick off with on-site registrations starting at 8.30am. The walk will commence at 10.00am and the event concludes at midday.
If you are attending the event please be sure to stop by the Bendigo Animal Hospital stall and say hello. We always love seeing our gorgeous patients and their human companions! If you pop by our stall you can have a chat to us about nutrition and enter our photo competition for your chance to win a bag of Hills Vet Essentials dog (or puppy) food. You can also find out about our upcoming clinic discounts and grab yourself a show bag.
We look forward to seeing some familiar faces and tails at this year’s RSPCA Million Paws Walk!

We are a family-focused, small animal veterinary clinic and hospital, servicing Bendigo and Central Victoria.